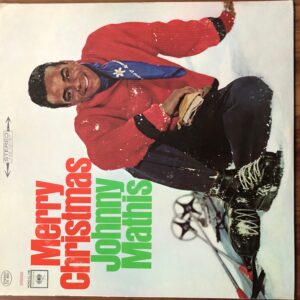 In a year that’s been absolutely bonkers, there’s something extra special about turning to the comfort of your holiday record collection this time around. It’s like a little slice of normalcy in the midst of all the crazy.
While picking out music for this year’s Holiday Sing-Along Spectacular, this album — Merry Christmas by Johnny Mathis — stood out as the next title to be featured in this long-neglected section of the HPZ webpage.
First, a reminiscence for you:
Some years ago, my friend Ramona and I ventured over to Milwaukee to see Johnny Mathis in concert. Few of the artists we enjoy on HPZ are alive today, let alone performing, so the gift of being able to see such legends live — especially when they’ve still “got it” — is an occasion never to miss. At this particular concert, we were lucky enough to score front-row seats and even shake his hand.
One part of the concert included a bossa-nova medley featuring guitarist Gil Reigers alone and Mathis. Though it was probably the 500th time they performed that medley together, something about that performance was magical. Mathis and Reigers were on the same wavelength, and there was a “flow” among them that is hard to define but you know it when you hear it.
I was reminded of this as I flipped my Merry Christmas album to Side B and found myself riveted by Mathis’ take on “O Holy Night,” with arrangements and orchestral direction by Percy Faith.
“O Holy Night” is a song that stands out in our cultural Christmas songbook as one of the most spiritual of carols, even though it was frowned on by church authorities when it first debuted in 1847*. When arranged just right, it builds upon itself with increasing power and emotion. It evokes a hymnal quality, while other carols centered on Christ, Christmas, “the Savior’s birth,” et cetera — the holiest of Christian holidays — can still tend to be rather “meh” about it.
In this track, recorded in 1958, you hear very clearly the “flow” between singer and orchestra, as much as such a thing can be captured in a studio recording. This was particularly stunning to me knowing that the doctored-up studio magic that exists nowadays was not a thing back then. It is, in a word, divine.
This arrangement showcases Mathis’ incredible vocal talent, right to the very end where he softly sustains the final note with mastery. That’s after a flawless hand-off from Mathis to the orchestra, which goes on to take the melody in a flourish of strings and sentiment before returning the baton back to Mathis. It’s moving without being schmaltzy.
To the French bishop who denounced this song for its “lack of musical taste and total absence of the spirit of religion” I say, “You died a century too soon, and I’m sorry you’re missing this.”
Meanwhile, the remainder of this album presents the very thing you’d enjoy from Johnny Mathis, particularly during a holiday season where rituals and routines have been upended. Percy Faith’s touch brings about small surprises that are unique to these arrangements— a sentimental take on the Elvis Presley’s “Blue Christmas,” an opening preamble from a forlorn loved one that sets the stage for “I’ll Be Home For Christmas,” and an ethereal instrumental setting for those who are “dreaming of a White Christmas.”
While there are several Johnny Mathis Christmas albums/compilations out there, this one — his very first — is worthy of a place in your 2020 holiday collection. 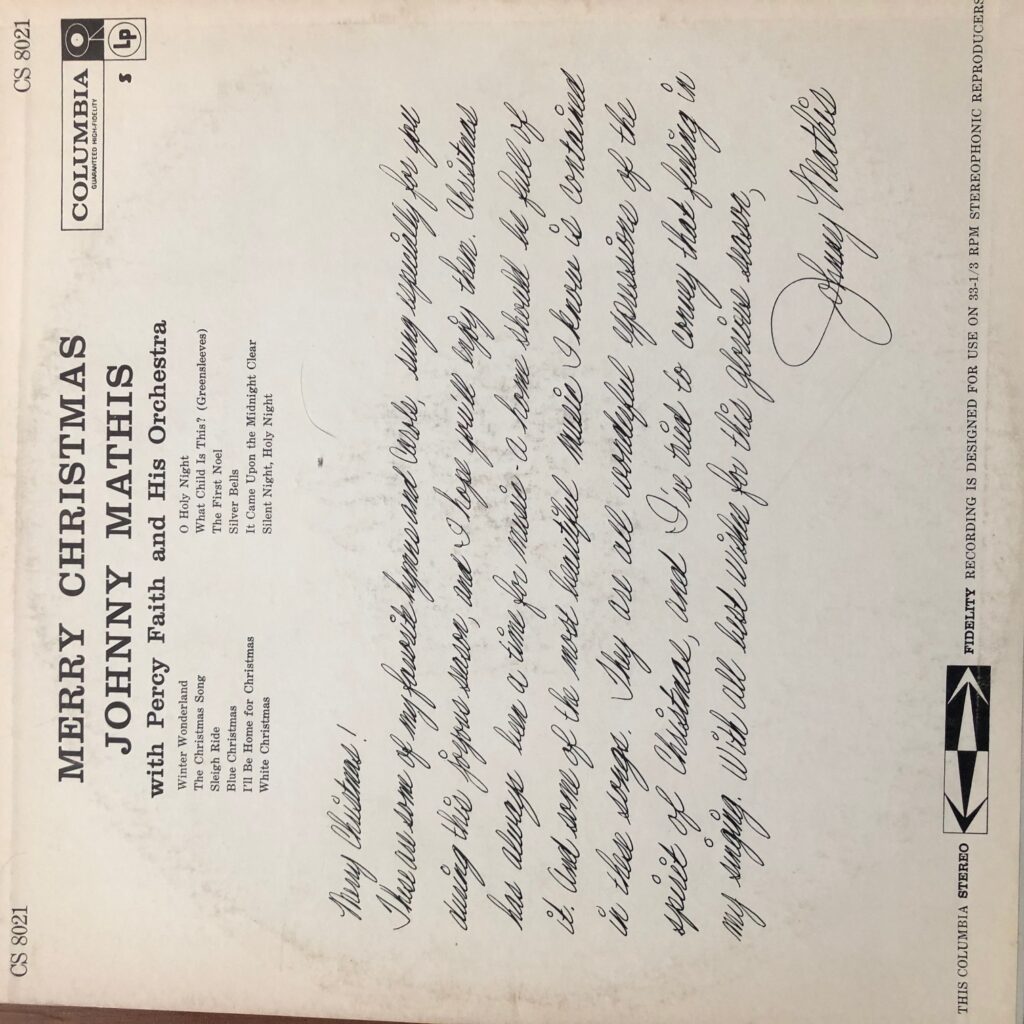